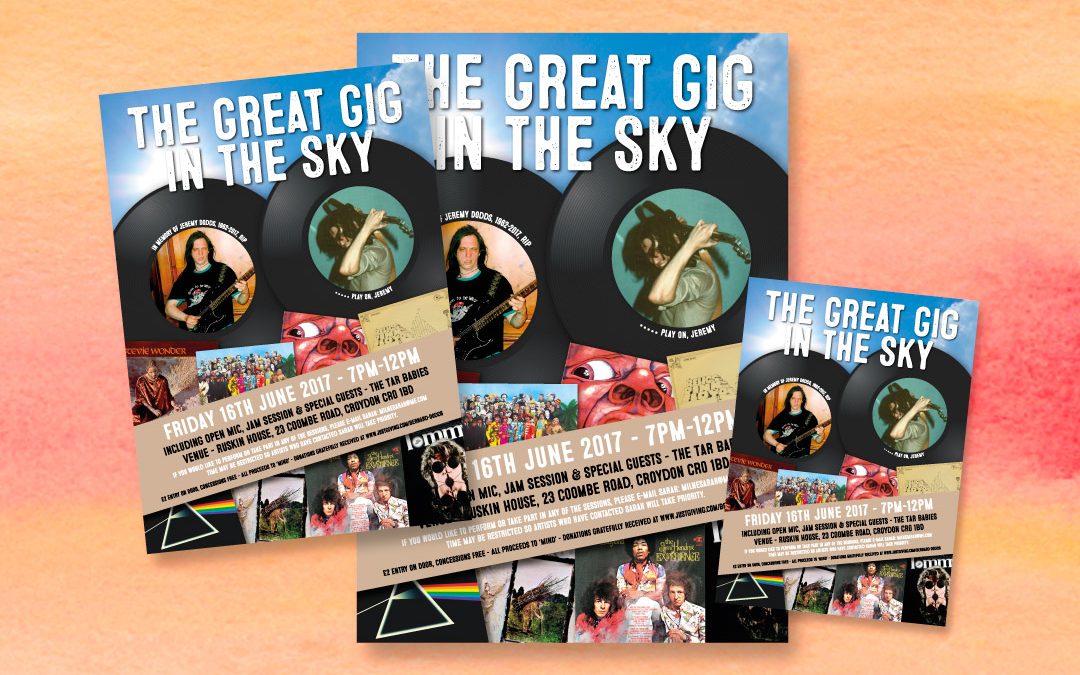 Following Jeremy’s woodland burial, his brothers organised a tribute concert in his memory entitled The Great Gig in the Sky.

Jeremy was an excellent musician and his brothers invited many of his friends to play at the tribute gig. The posters were designed and printed to follow the style that had already been set but with a slight difference. All the concert details were clearly displayed and these were then distributed to Jeremy’s favourite hang outs.

The posters had an obvious music concept that reflected the creativity and ability that Jeremy showed throughout his life.