The Great Gig in the Sky Tribute Concert Programme 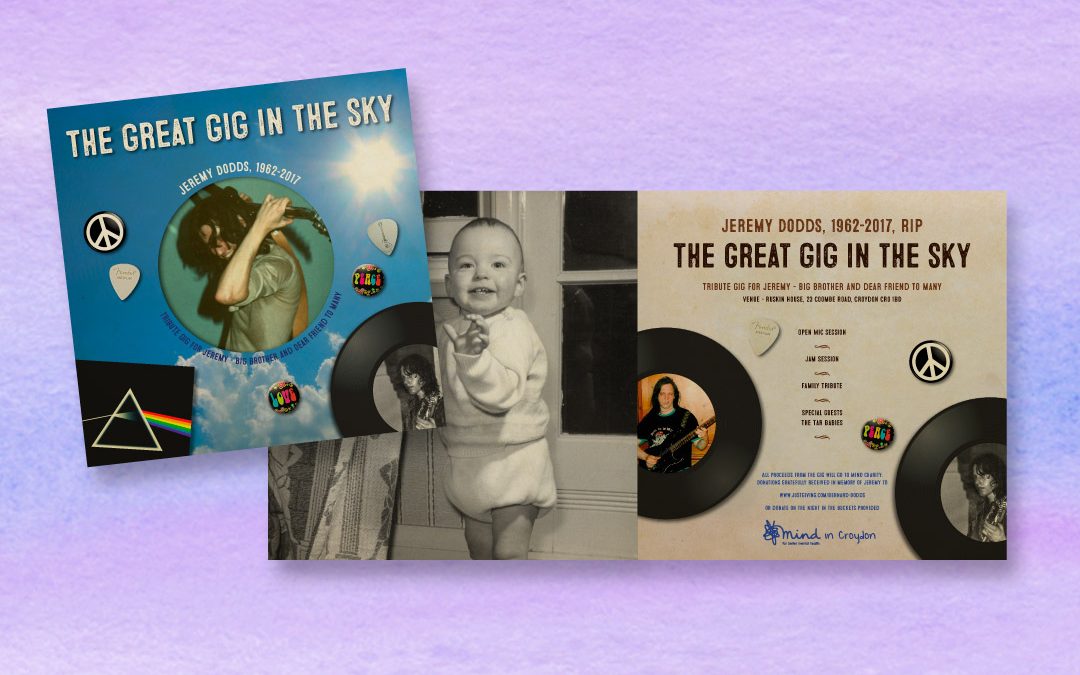 The final event celebrating the life of Jeremy was a special tribute concert organised by his brothers and featuring some of his closest friends. Aptly named The Great Gig in the Sky, the event was attended by family, friends and musicians all there to enjoy a final farewell to Jeremy.

A very informative concert programme that echoed the previous literature and a befitting closure for the well-loved Jeremy.